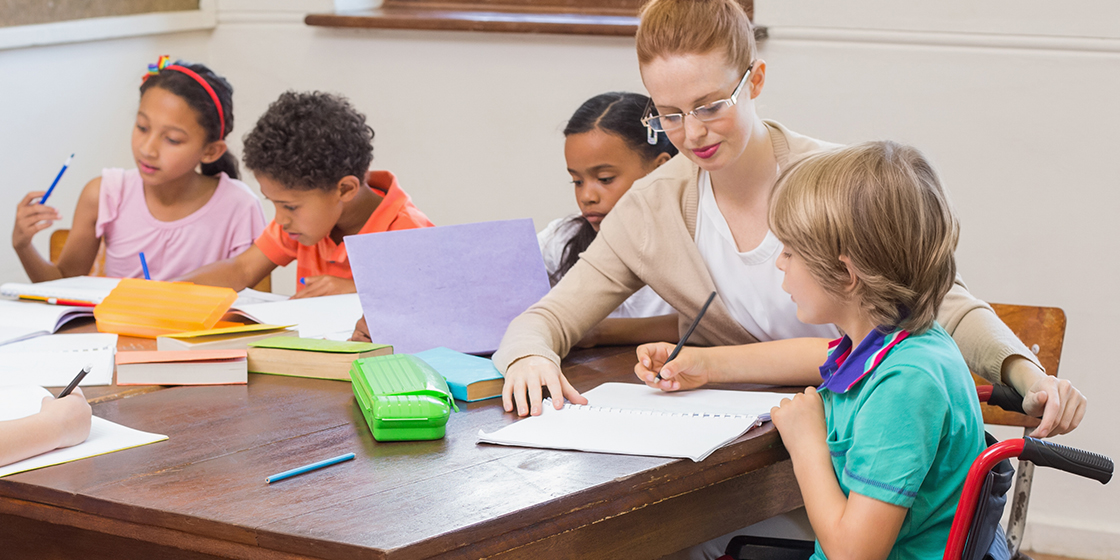 What is Least Restrictive Environment or LRE?

Least Restrictive Environment (LRE) is a provision in the Individuals with Disabilities Education Act (IDEA). It requires students with disabilities receive their education, to the maximum extent appropriate, with nondisabled peers.

LRE also requires that students who receive special education services are not removed from regular classes unless, even with supplemental aids and services, an appropriate education cannot be satisfactorily achieved.

As a parent of a child with disabilities, you are a part of the Admission, Review, and Dismissal (ARD) Committee. Part of making the decision of where your child will receive an education is the LRE. Some parents (and schools) interpret that to mean a general education class. That may be true, but not always.

My son Ryan needed to be in a general education (general ed) classroom. He was not verbal. But with the assistance of an aide, he functioned very well in the general ed classroom. He used a computer and yes/no eye blinks to participate. Since he had great hearing, he got all verbal input.

It took a lot of work by the school and our family. We helped by working with him at home to complete homework assignments. We also faithfully used the “back and forth” notebook with the school. He was very successful. All agreed that his LRE was a general ed classroom with aids and services.

My younger son had high-functioning autism. School was hard for him. He did OK in general ed during his early years. He required close communication between the school and home. He very rarely managed to get any paper home from school. He even forgot most field trip permission slips. But because he had one teacher for core classes, we managed.

Once he reached middle school though, things changed. Middle school added too much freedom. We weren’t kept informed. My son found “friends” in all the wrong places. Behaviors went from good to bad. The general ed classroom was not (in our opinion) the LRE for our son.

We always thought he needed more support than he received in general ed. He received support through a resource behavior class. But it just wasn’t enough support.

My nephew is also a kid who is non-verbal. He has nursing care throughout the day. His LRE is homebound. A district teacher comes to his home to teach him the goals decided on by the ARD Committee. He also receives physical therapy, occupational therapy, and speech. He needs to remain at home to receive LRE because his health demands it.

LRE is based on a kid’s needs, his IEP, and closeness to home. The committee (including the parents) makes the decision. There must be a full array of services. It might occur in a general ed classroom, self-contained class, hospital, at home, or in a special program. LRE decisions must consider how best a child receives his education. And parents need to be part of those decisions.

Get more information on LRE and your child’s rights to a public education.

Finding His Way: My Son’s Second Chance at Success

After high school, your child can still learn skills that will help them find a career. Here’s how.

Making Accommodations for Athletics and Choir

Time flies! My daughter, Dakota, is in middle school now. Along the way, she’s pursued her interests with the support of her teachers and friends.

There are many benefits to bringing a friend or companion to your child’s IEP meetings.