Helping Your Child Succeed in the Workplace 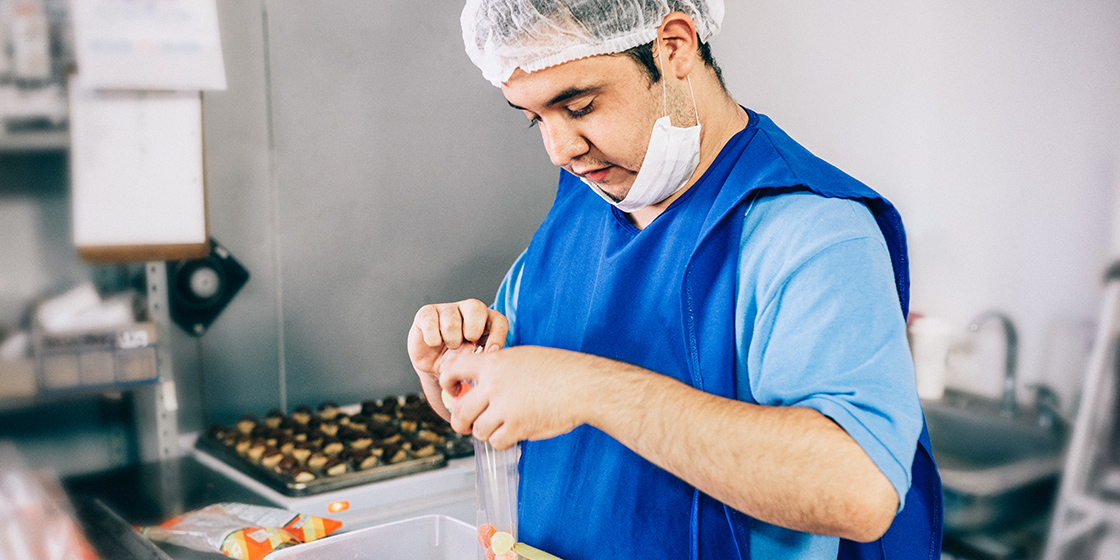 When my son Ryan interviewed for his food services job, we were very up-front about his disabilities. In addition to autism, Ryan also copes with Tourette’s, obsessive-compulsive disorder, and akathisia (extreme restlessness). We discussed Ryan’s behaviors. We pointed out that he would likely need extra help or minor modifications to learn and perform his job.

Ryan spent his first two days in an orientation session. While none of the other new hires brought their moms, I received permission to attend with Ryan. Ryan paces constantly and can wander, so I needed to help him understand the boundaries. I let the presenters know that when Ryan paces in the back of the room, he is still listening to the material being presented. I also helped him complete the payroll forms.

On the second day of training, we had to leave early due to a long-standing doctor’s appointment. His employer was very understanding and allowed us to complete the missing training sessions the following week. These accommodations increased Ryan’s chances for success during the orientation period.

The first day on the job, Ryan’s manager and his coworkers taught him the various tasks he would be expected to perform. I stayed in the background to observe.

Ryan thought he was doing fine, but it was obvious to his manager and me that he needed more help and time to learn his job tasks. His coworkers had their own jobs to do. So, with his manager’s permission, I hired a job coach to observe, make suggestions on improving his performance, and then teach Ryan how to complete his duties in ways that worked for him. I don’t know how long Ryan will need a job coach, but for at least the first five weeks there will be someone by his side to guide him.

Hiring a job coach makes it easier for everyone involved because the coach can focus on the employee’s specific needs without interrupting everyone else. Where do you find a job coach? We acquired Ryan’s job coach though the Texas Workforce Commission (TWC). TWC offers a range of vocational rehabilitation (VR) services for people with physical or cognitive disabilities. Individuals who do not qualify for TWC services may be able to get a job coach through their Medicaid waiver program. Ask your child’s case manager or provider for more information.

Starting a new job can be challenging for everyone. We all learn differently and at our own speed. Here are some great resources for helping teens and young adults with disabilities find and maintain a job they take pride in and enjoy:

The Value of Self-Determination

I learned the beauty and value of self-determination.

Clapping for an Encore

My child’s school district recently did an overhaul of their 18-plus program for Special Education and named the program Encore, which couldn’t be more fitting.

Planning for the future starts early. From school to college and to the job force requires careful consideration and making good decisions along the way.