Learning to Speak Up: Protecting My Child’s Rights 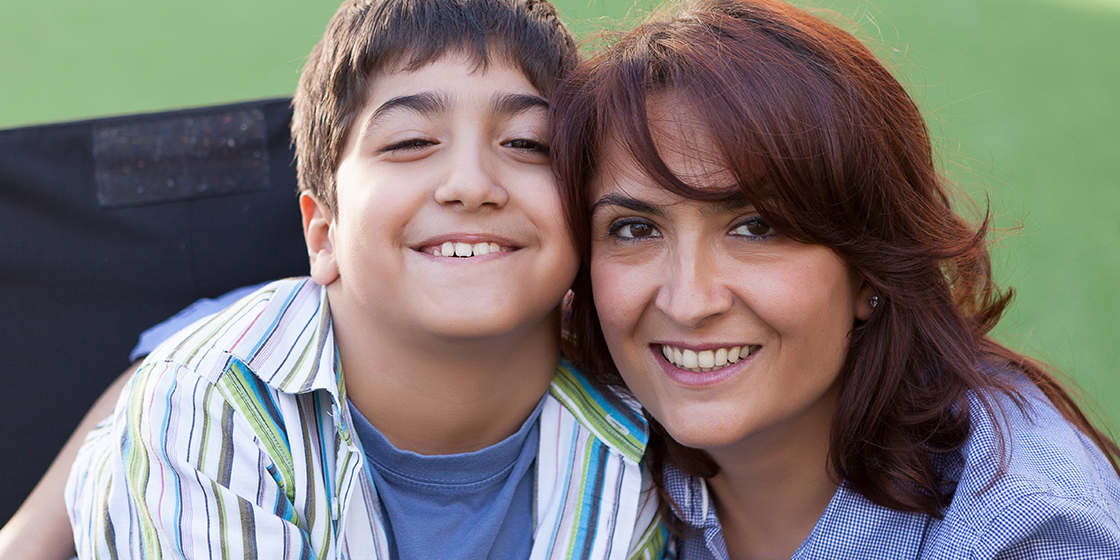 If you had told me a few years ago that I would be a parent who spoke up for people with disabilities, I would not have believed you. Back then, I was very unhappy with my son having a disability. I had not accepted it. And it really hurt my ability to advocate from the heart.

Like so many parents of kids with disabilities, the first challenge to protect my son’s civil rights was at his school. I was still learning about his disability and how it affected him. I didn’t know anything about “inclusion” or the Individuals with Disabilities Education Act (IDEA). He had a great first year with a great teacher. But everything changed during his second year.

My son was kept in a “structured learning room” all day, which was what first told me something was wrong. I wanted him to be in a class with all his peers. After letting him visit the general education class for a few days, the school decided he could not be in there. I didn’t know enough to know that he had the right to be in the Least Restrictive Environment. I only knew the school would not let him out of this room. How would he learn to make friends?

I needed to figure out a way to work with some very difficult school staff. I used to work at a bookstore so I like to look for subjects I need to learn more about. I looked for a book that could easily teach me about special education. I brought home a Nolo guide book meant for people who wanted to learn about systems or tests. I spent long nights with the book. I learned all I could about the law. I also recommend another life-changing book, From Emotions to Advocacy: The Special Education Survival Guide, by Pam Wright and Pete Wright. It helped me gain really important wisdom.

I learned enough to help other families get services for their kids, but my son went without. This was probably because I made the mistake of being overly combative. I was scared, angry and not acting like my best self. And it probably affected how the school treated my son.

My son was in a separate room almost all day. He was not taught how to behave in the general education classroom. Any time he behaved well, he was given a cell phone to play with. The message to him was clear: Act up and get out of work. He also learned to run when he was asked to do things, which put him in danger.

My son was an invisible student. My relationship with the school was damaged. When I asked about the volume of the music at a school event, a staff member told me, “If it bothers him, he can stand far away with headphones on.” There was little goodwill to include him. It was hurtful to my son and me to get this kind of treatment. Even though I am usually not a very anxious person, I started having anxiety attacks when I dropped him off at school. I had to take my son out of school. And we did at-home therapy for 3 years to undo what happened to him in less than 1 year.

I have always been a person who is really driven to act when I see something wrong. I connected with other parents. I learned that this was not new for the school. They simply did not give the right services, so families got fed up and left. I felt that I had to stop the school from denying other kids with disabilities an experience equal to kids without disabilities. So I filed a formal complaint with the Texas Education Agency (TEA).

It is really important to save all paperwork from the school. I kept detailed records, even drafts of Individualized Education Programs (IEPs) that were not finished. I also asked for my son’s full educational record in writing. I used the data to prove that my son’s Behavior Intervention Plan was not being followed, and that he was becoming harder to deal with. I also proved that the school had been denying him a Free Appropriate Public Education (FAPE) by not assessing him (i.e., knowing where he was academically). This meant we could not check his progress. He was given busywork that had little to do with where he was academically. He was taught to use aggression to get out of work. His behavior had become the largest obstacle to his learning. In my records, I could clearly show that he did not show those behaviors before that year. The TEA ruled in my favor for 4 out of 5 items in my complaint. I think filing that complaint really awoke in me a larger responsibility. I recognized my community. I wanted to help make positive change for people with disabilities.

On a personal level, I grew closer to my son. It was also important to create a good relationship with his new school. I keep a photo of him on the binder I use for his records. I make sure to share what his dreams and my dreams for him are. It is important to make sure that everyone who works with him “presumes competence” (to assume that a person with autism learns, thinks, and knows things like a person who does not have autism, even if it does not seem that way at first). I have found that the school often keeps my son from doing things that might upset him. So I have had to insist he be allowed to experience school like any other child before decisions are made for or about him. This has set a positive tone with the school. And I feel like we are all on the same page about the goal for my son.

My transformation was really set in place in December of 2016, when I spoke at the TEA/U.S. Department of Education listening session in Austin. Before attending the session, I had read the series “Denied” in the Houston Chronicle by Brian Rosenthal. He found that Texas had been keeping thousands of children out of special education illegally for more than a decade. Special education in Texas was cut off at 8.5% of the population to save money. (Other states have an average of 13% of students who need special education.) I related to many people who were quoted in the series. Again, it awoke in me that same urge to take action. There were so many kids who were robbed of an education that could have changed their lives. I learned about the listening session by following the series closely. And I felt that I had to be there.

I had a whole speech prepared for the session. But at the last moment, I decided to speak from the heart. People clapped and yelled “preach” as I spoke. I felt a huge sense of pride. Mr. Rosenthal came to me afterward, and I was in the paper the next day. It was a really powerful night. I didn’t realize how much I wanted to break into the advocacy world or how negative my inner voice could be. I truly wanted to meet people in this community but didn’t know how. After all, “I am just a nobody,” I would tell myself.  I had to power through my doubts to honor my commitment to speaking up for others.

During the last legislative session, I got a crash course in testifying at legislative hearings. I met so many wonderful allies who I learn from all the time. They told me about an 8-month program called Texas Partners in Policymaking. Even though I was not expecting anything, my application was accepted. I graduated from the program in April 2018. And I have volunteered to teach others how to speak up because I want more allies. I am also on the steering committee of a group called Texans for Special Education Reform. I help Spanish speakers advocate for themselves or their kids. The sad truth is that non-English speakers are at a real loss when it comes to special education. I really try to let people know that their kids have rights. They have the right to fight for them. I used to think there were a ton of people out there fighting for people like my son. But the truth is, there are not. We are it. You, reading this, are it.

Remember that you should not take “no” for an answer. And when you get a “no,” ask to see rules in writing. Keep all documents. You have the right to take anyone you choose to an IEP meeting for support or to take notes. Join an advocacy group because there really is strength in numbers. Share what you know.

Education is a right. We have a lot of work to do. There are many challenges for our Texans with disabilities. But with unity, drive and numbers, we can make that change happen. I would like all those touched by disability to make change whenever and however they can, on whatever level. We have a lot to lose by not fighting.  And we have everything to gain by fighting for the equality of all our citizens.

I used to live in a place where all I would see was the “cannots.” Seeing the world through the lens of “cannot” can set you up for failure.  It is so much nicer to live here – in the world of “can.”

With any child, recognizing cues is important. But as they get older, sometimes it is harder to do.

“Being a mom is like jumping out of a plane with a bunch of people who don’t know how to open their own chutes. So you fly around doing it for them. Then you hit the ground. But you don’t die. You get up and you cook dinner.” -Unknown

Why I Found a Therapist and Why You Should, Too

There are times when we get overwhelmed. Which way is up? How do I deal with all this? Therapy is one of those tools we don’t know we need until we do.