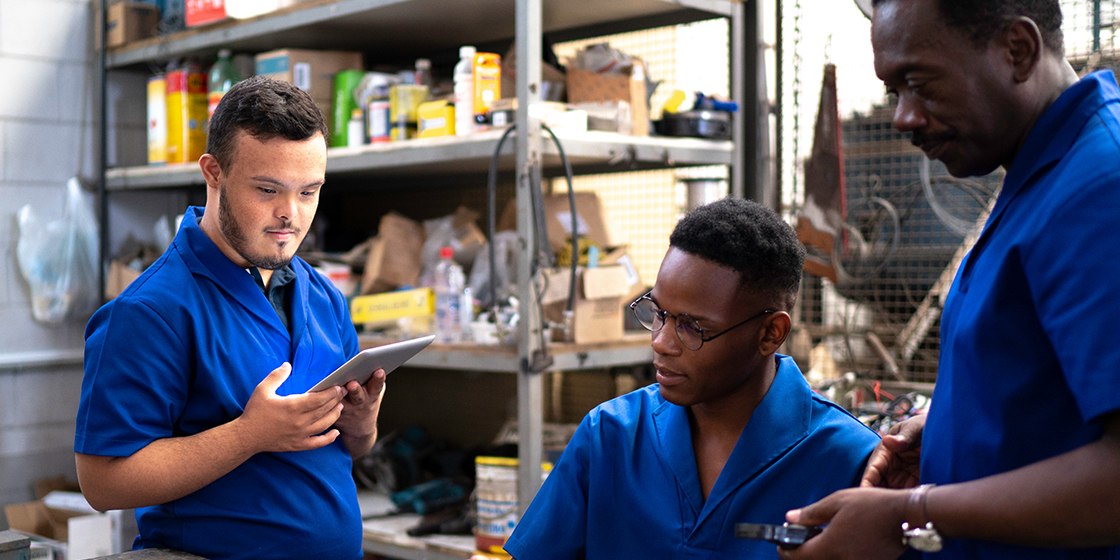 My son recently graduated from high school. But because our family has some transitions issues right now, he hasn’t been able to apply for jobs yet. He’s ready to work. He wants to have a job. He’s tired of being at home all the time.

We’ve discussed the difficulties he will face when it’s time to get a job. His disabilities affect him in many ways. His short attention span and distractibility will be a challenge. He has a hand tremor and struggles with some fine motor skills. He has a hard time following complex instructions. His organizational skills may also cause a problem. But these are all things we can plan for and design special supports and reminders around.

Recently, a good friend offered to let our son come work in his shop with his company’s mechanic for a couple of hours one day a week. They had some odd jobs they thought might be appropriate for him to do. It would be an opportunity for him to get out of the house, practice going to work and maybe learn some new skills.

He became anxious as the first day of work neared. We talked through some scenarios he might encounter. I gave him the words to say if the mechanic gave him a job he didn’t understand. I prepared him as best I could and then dropped him off for his first day of work.

When I picked him up two hours later, his hands were filthy. He was covered in grease, dirt and grime. He didn’t say much about his day, but his demeanor was noticeably changed. His confidence soared. He asked what we were going to do to celebrate his first day on the job.

And it hit me: This is why work is important.

My son longs for purpose. He has a need to contribute to the world. Having a disability does not change the universal need to play a useful role in society. We, his caregivers, have to figure out how to make that happen. We help him find purpose and meaningful ways to contribute and we need to do it now.