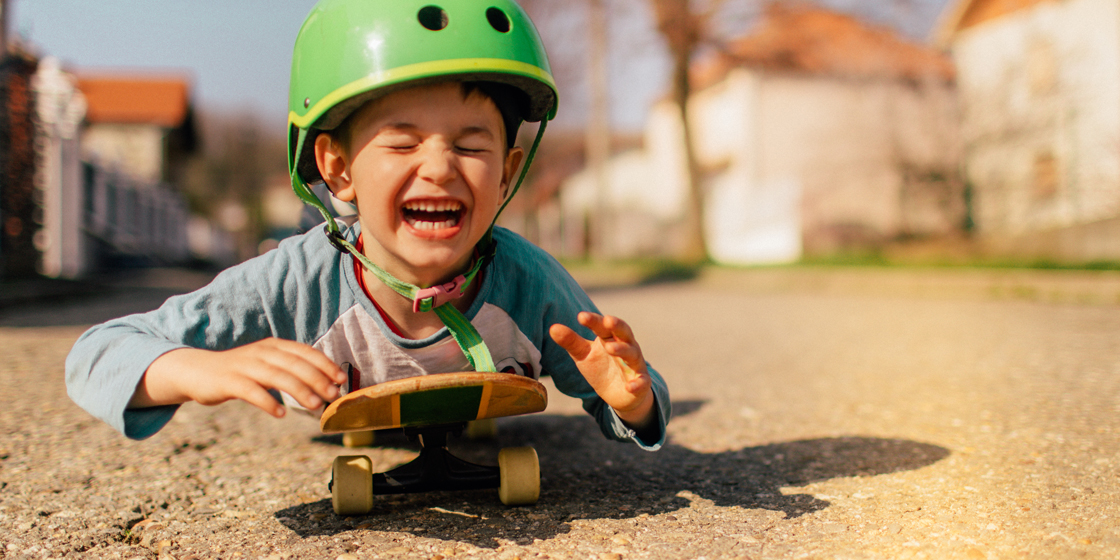 We have a child on the autism spectrum and attention deficit hyperactivity disorder (ADHD). These diagnoses often go together, but medication treatment can be tricky.

We are fortunate to live in an area where he can get outside most days. We chose to enroll him in school largely because of this need. He can work in the garden, play on the playground, and be outside a lot of each school day. This allows him to have frequent "brain resets." They result in a happier, easier-to-get-to-sleep boy at night.

To keep his interest in being outdoors, we’ve found activities he loves. Things that he can use the skills he has learned and perfected in occupational therapy.

He loves skateboarding! It helps with his balance and coordination. And he has found that learning to fall is a necessary skill to have for this sport. That is easily translated into a life skill. I mean, falls are going to happen. Best to learn how to do it without suffering more harm than necessary!

As he becomes more skilled, he gains more self-confidence. It’s a great social boost, too! He meets others who share his interest. And he’s willing to talk about it with anyone. He often reads up on tricks, personalities in the skate world, and all things skateboard. So it encourages him to use academic skills as well.

I think being on the skateboard calms his vestibular system. Much the way our rocking him did as a young child. This is a great stimulation that is acceptable and even desired!

One of the biggest pluses of getting outside and finding something he loves is watching the relationship with his dad grow. I’m the one who is always telling him to “Be careful!”, “Don’t hurt yourself!”, or “Watch out!” Skateboarding to me looks a lot like jumping into an abyss! His dad, however, sees his ability. He challenges him to take risks and build confidence in his own abilities.

I have to learn to let go. To ease up on the reins. It’s hard for me to naturally do this. While his dad revels in seeing our son as capable and trusting him to fall and get back up and try again.

Sounds like a great life tool to me! Help your child reach for their successes and independence.