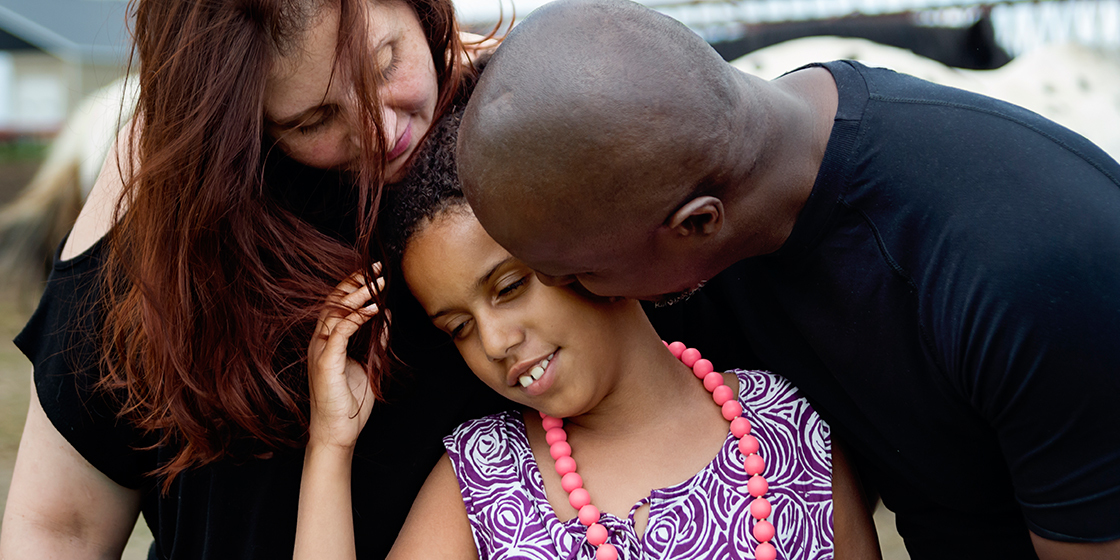 In parenting publications and most social media outlets, parenting support is primarily focused on moms. This is for all parenting, not just disability. There are a few that are just for dads. But dads are often overlooked. Especially in the disability world. There are many kinds of dads. In some relationships, dad may also be a second mom, an extended family member, or a friend.

After Casey was born, she and I both spent time in the Intensive Care Units (ICU). The nurses were all focused on our health. My husband was not their focus. It was many months later that he told me what he experienced on the night she was born, and his story broke my heart. He didn’t tell me to make me sad, he told me because I asked. I was one of the only people that asked about him, and how he was doing.

Often times, the dad is supposed to be the rock. He keeps his emotions to himself and supports everyone else. Just because he may not express his feelings doesn’t mean they don’t exist.

My husband felt angry when the system failed our daughter. He was scared when we didn’t know how to help her. He felt like a failure and broken when there were no options left for us. He was devastated as we both did all we could and were still not able to provide a life without any struggles for our daughter.

When we were in the hospital, my husband was the one who made sure Casey got what she needed. I would stay by her side holding her hand, suctioning, and providing care. He was the one who dealt with the medical providers and fought to get her the best care possible.

After we lost Casey in 2016, he was once again expected to be the rock. Everyone worried about me, not him. He was a rock. He kept me going through the worst time in my life. About a year later, however, when he felt like I was going to be okay, he suddenly was not.

All of the grief, the anger, and sorrow, all of it came flooding in. When he finally allowed himself to focus on his own feelings, he had a lot to deal with.

I’ve talked with many other families who have lost a child and they have said similar things. Around the 1 year anniversary is when the rocks begin to crumble.

Regardless if you have a traditional dad or a different type of dad, don’t forget that they have feelings, too. Try to check in with them every so often and encourage them to share and let it out so it doesn’t fester and lead to the rock crumbling into pieces.

Here is a Dads’ video that shares lots of information.