Finding Dignity in a Sippy Cup 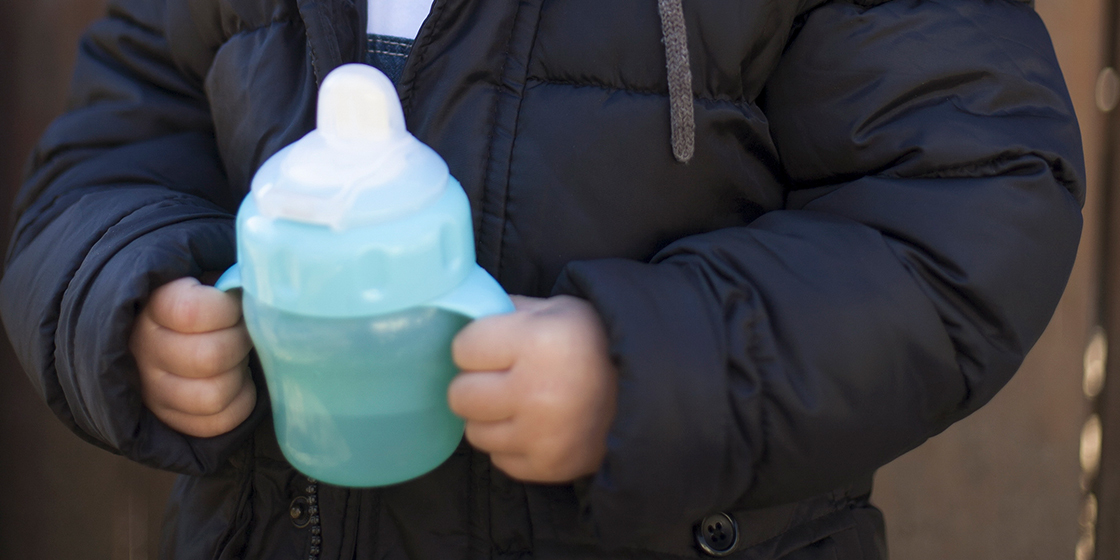 I poured juice into the blue sippy cup on the counter. It was worn, with bite marks on the spout. Its valve had been replaced more times than I could remember. But it still worked. I handed the juice to Jim and he guzzled it down.

I remembered my cousin was coming over. She’d told me she was coming by to throw away all of our sippy cups. I hoped she’d forget; but I knew she’d show up. And as annoyed as I was about it, in my heart, I knew it was important. I just wasn’t ready.

My son, Jim, was 7, and sippy cups were still a part of our lives. I’d convinced myself that it was easier this way. We were busy and didn’t have time for the messes. There was just too much going on. Jim had a very steep learning curve, and this could wait. So, in addition to giving him sippy cups, I still dressed him, bathed him, and brushed his teeth for him.

Two years later, I found the real reason for my prolonged attachment to Jim’s sippy cups and why I’d taken ‘helicopter parenting’ to a whole new level.

It was on a Saturday morning, while sitting in my first Disability Leadership Network of Houston (DLNH) class. Our instructor asked us, “What is the difference between compassion and pity?”

What she explained left me feeling guilt-ridden. She said that compassion carries with it kindness, empathy, and respect. “With pity,” she explained, “there is no dignity.”

Those words cut right through me. The realization that I had denied my son dignity by treating him as if he was incapable was one of the most painful and pivotal experiences of my adult life. I vowed that I would make every effort to never treat him with indignity again.

That’s when my path as an advocate truly began.

No matter how well intended or how sweetly disguised, there is no dignity in any of that.

After that fateful Saturday, I was open to all the DLNH would teach me:

DLNH prepared me to go out into the world to change lives and transform minds. Not just for my son, but for others as well.

In short, one of the most impactful things I learned through the DLNH was how to treat other human beings with dignity.

Helping your child build their independence and self-assurance can help them reach their fullest potential in life.

I’ve realized that my desire to protect my son often limits his capacity for growth, like not trusting him to ride the school bus. I’m working on letting go and trusting more so he can grow and have more experiences.

From Mom to RN

As a mom to a child with complex medical needs, we hear many people say, “you should be a nurse” or “you should go to medical school.” Eventually, many of us find ourselves doing exactly that.