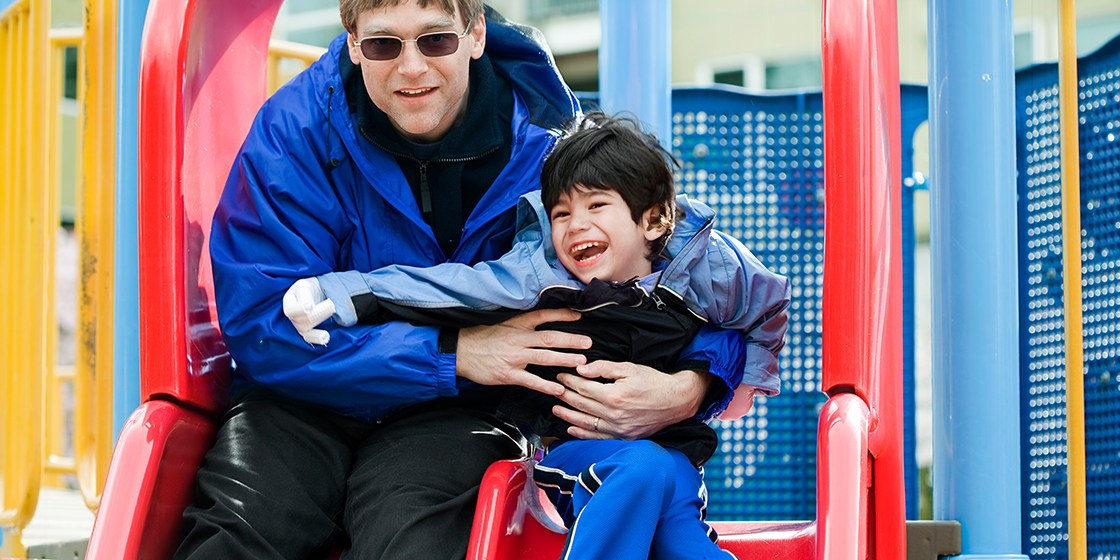 When our oldest son was diagnosed with Cerebral Palsy (CP), my husband Rick never learned much about Special Education laws. He came to Admission, Review, and Dismissal (ARD) meetings mostly for moral support. He didn’t run kids to doctors’ appointments or therapy sessions. But he rocks as a dad.

At first, Rick had a hard time accepting that there was anything different about our son. But once he got passed his denial, he became Ryan’s champion. He had to take on the full responsibility of financially supporting his family since I needed to stay home with Ryan.

His work would keep him away from home for long periods, but when he was home, he was all in as a dad. From dirty diapers to 2 a.m. feedings, he always stepped up where he was needed. When we started an intensive home therapy program, he was right there beside me. When our daughter came along, his commitment just intensified.

When we moved to Texas, I started working again. Rick made sure to coordinate his schedule in order to be there for the kids when I couldn’t be. I worked quite a few evenings, so he had dad duty on a regular basis.

He even learned to cook. He makes a mean boxed mac and cheese. (His secret is adding American Cheese for added flavor). I know, today many dads do the same things. But “back in the day,” he was an exception to the average dad.

He said “yes” to adopting our last child, even though he was 46 years old at the time. He taught Sunday School classes so that Ryan could participate. He coached baseball even though baseball wasn’t his thing. He was all in with the regiment of carpooling to the sport of the day, ballet, and gymnastics. He loved reading to the kids as a nighttime ritual. He learned patience when dealing with three kids who had various disability challenges.

He recently retired after we became empty-nesters. Oh, yeah, and two of our kids just recently moved back home, and he’s ok with it! In fact, I’m pretty sure the kids are just where he wants them to be. He’s unordinary. He’s my hero.

Use this search to find many great articles about more wonderful dads.

Dads sharing lessons learned and what it’s like being a father of a child with special needs or a disability.