Planning for the Evacuation 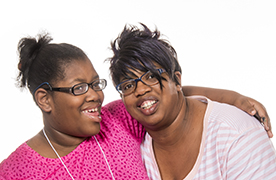 On August 28, 2005, my family did something we had never done before: we evacuated for a hurricane. As the warnings for Katrina sounded, my husband and I packed our 2 sons – both of whom are on the autism spectrum – into our car and headed inland, far away from the dangers of the coastline.

We knew that our kids would not tolerate long traffic jams, and we didn’t want to get stuck in the storm, so we left even before it was our neighborhood’s turn to go. We loaded up at 1 a.m., and my husband and I took turns driving along the empty roads to my brother’s house in north Louisiana. (My kids don’t sleep much, so they were groggy but okay with it.)

And it was there that my education about preparing for the unexpected began. My youngest son (who was 7 years old) decided to go wandering. This isn’t rare for children with autism to do when they’re in a new place. Despite having 11 adults in the house, he slipped out while I was taking a nap, and no one knew that he’d left. Then, 20 minutes later, a policeman found him walking along a major road and asked him who he was and where he was staying.

Even in the best of circumstances, that might have been hard for my son. He was in a new place, and even if he had given the police my and my husband’s cell phone numbers, they wouldn’t have worked; many of the New Orleans cell towers were blown out by the storm. Instead, my son gave the police a new name that he’d decided to call himself and said that he was headed to the zoo.

Fortunately, the police decided to drive into the nearest neighborhood, saw my brother’s garage open and full of kids’ toys, and asked if anyone there knew my son. Every day after that, when we have been in an evacuation, I wrote my kids’ names and a local phone number on their arms with a permanent marker (with a coat of waterproof liquid bandage for extra insurance) in case we got separated again.

After that first evacuation, we came home to many surprises. As we talked to friends, I learned some good reasons why you should always bring your pets along (except maybe fish). One family we knew had a pet snake that their grandma found slithering around the house when she tried to help clean up. I’ve also since learned that most shelters are set up for service animals and other pets.

I also have heard stories about people who’d gone to shelters with short supplies of their medications, but not the prescription bottles. Some of them didn’t even know what the pills were or why they were taking them; the shelters could only get more medication if they had the labels. Searching through a doctor’s desk reference book to match the pills is really quite a challenge. So, I’ve learned it’s important to bring prescription labels for medications and other supplies along with your child’s insurance cards, care notebook, and birth certificate. This website has a page on organizing medical records that can help you put together a care notebook with everything you will need.

Just 3 days after we came home from the Katrina evacuation, the next hurricane warning hit. We had to leave again because Hurricane Rita was coming through. The Federal Emergency Management Agency (FEMA) was offering us money to go stay in a hotel this time, so we did. And we tried to make it as much fun as we could for our sons. We brought their school books and everyone’s favorite pillows and loveys. These came in handy after the evacuation, too, when we went back home and found our house so damaged that we had to live in a FEMA trailer.

In 2008, 3 years later, we used all of these lessons when we evacuated to Memphis to avoid Hurricane Gustav. My kids had a great time exploring the new city, they were able to keep up with their schoolwork, and I had most of what we needed.

Even though we'd gotten evacuations down to a science by then, my husband and I decided that it was really too hard on our family to live under the threat of evacuation. My sons were getting older, and I worried how I would teach them how to evacuate on their own. We decided to move inland to Texas where the chances of hurricanes or other evacuations are much lower. But I’m still prepared for an emergency and I still keep an eye on the weather.