It's official. I'm a "tee-ball mom!" I put my fears aside and signed Wade up to play tee-ball for our local youth league. I signed him up online, without notating that he has a disability. When the coach called, I told him that Wade used a wheelchair and communication device. I let him know that we had absolutely no expectations except that we wanted Wade to have fun and be around kids his age, in his community. I explained that I really didn't know what this was going to look like, but we could all figure it out together along the way. After all, it’s ”just” tee-ball, right?

As we drove up to the practice field, I nervously wondered what I had gotten us into. This may be "just tee-ball", but these little guys had bat bags and cleats and helmets! My mom, my husband, Curtis, and I cautiously walked up to the team while we explained to Wade what was happening. He just kept shaking his head "no." I questioned my decision and wondered if this was a mistake.

As we stood there trying to figure out what to do next, Curtis realized he knew one of the dads. Thank goodness! It broke the tension a bit.

We spent the next 30 minutes or so practicing hitting the ball off the stand. That was the easy part. It didn't take too much improvising to figure out how to make batting work. We also made a note to bring his KidWalk gait trainer the next week so he could stand while batting.

The creative part came when the team started practicing in the field. The coach would hit a grounder to each kid, and they would stop it and throw it to the assistant coach.  After a little time passed, we decided that another little boy would take a turn with Wade out in the field.

When the coach hit the ball, Curtis would push Wade and stop the ball with his wheelchair. Then, the other little boy would get the ball and throw it to the assistant coach. It worked like a charm! Wade kept saying, "Again. Again." It was so exciting to see how much he loved being out there.

Curtis helped him play catch with yet another kid. Curtis would position the ball in Wade's hand, then move his arm in a throwing motion. The other kid would catch it, then throw it back to Wade. After a few times, Wade was gripping the ball by himself, and Curtis was helping him throw by just moving his arm.  Wade was releasing the ball on his own! Nothing like therapy through regular play!

At the end of practice, we took a few minutes to tell the other parents a little bit about Wade. We also explained that we welcomed any ideas on how to make this work for everyone on the team while also expressing that we're not easily offended by any questions. Kids and adults are very curious and I'd rather be open about everything instead of having them wonder what in the world we're doing.

I was so relieved that Wade was accepted. But more than that, I was thrilled that Wade had fun and enjoyed playing with the other kids.

We didn’t ask permission, but we did make sure everyone knew and understood our expectations. Taking the first step can certainly cause a little anxiety, but in the long run, having kids with and without disabilities playing together is a win-win for everyone!

Find fun activities for your child to participate in using the Services, Groups and Events search. 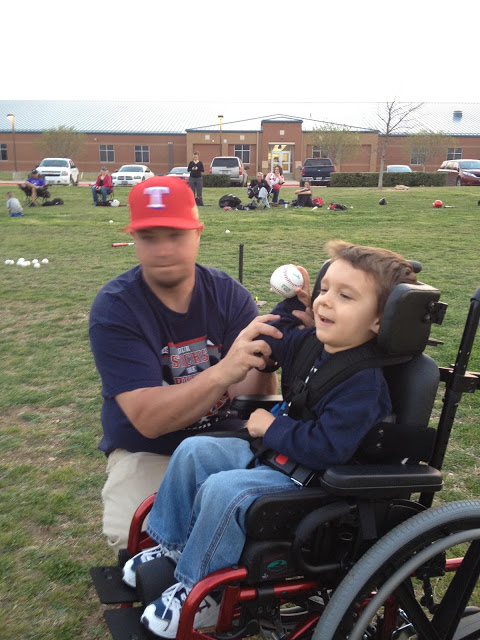 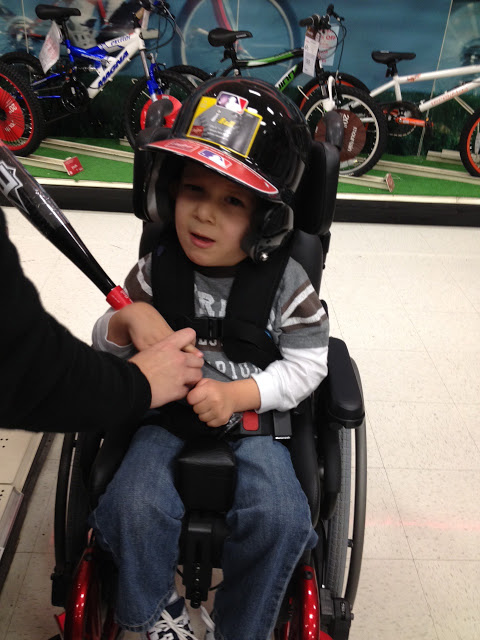 It’s easy to get caught up in the social challenges that children with disabilities face. But when we consider the progress made over the last 80-90 years, we can be grateful for how far we have come.