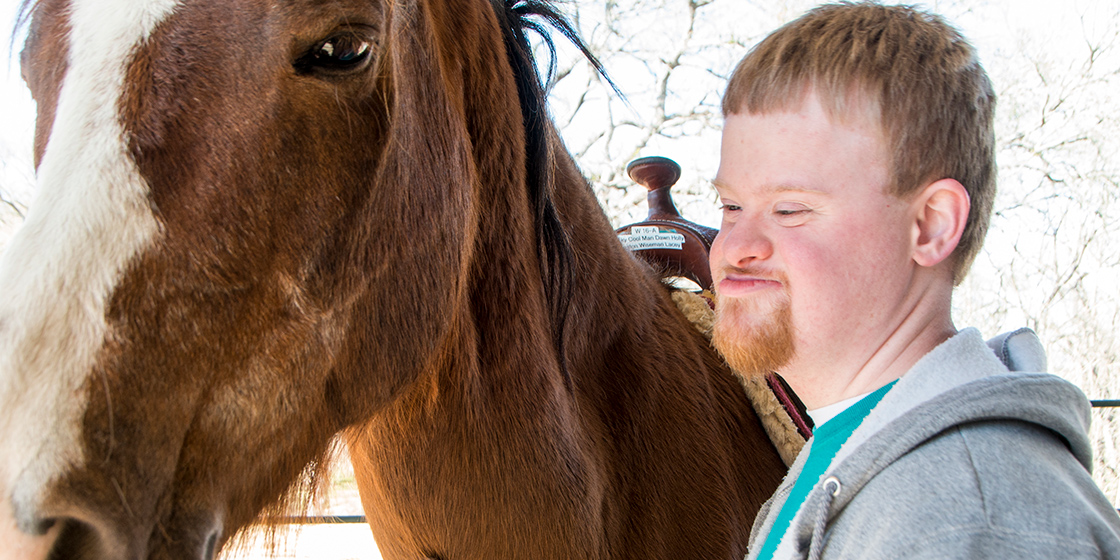 My son Stephen was in high school when he experienced his first “sleep away” camp. Many of Stephen’s friends had been attending camp for years. Their parents shared wonderful stories of their campers singing around the campfire, canoeing, zinging down the zipline, and making new friends. This all sounded great, but I couldn’t shake my nagging thoughts. Who would help him brush his teeth? Could he go five days without his DVDs? Would he remember to change his socks? Would he be homesick?

Finally, a dear friend convinced me to give it a try. Her son planned to attend Camp Blessing the following summer, and we thought it would be fun for the guys to go together. My friend knew we needed to sign up early, so we applied in November for the following June.

A month before camp, we received an email with forms to complete and a packing list. I bought large zipper bags for each day’s change of clothes and labeled them Wednesday, Thursday, etc. I packed his meds along with snack cups of applesauce with which he could take them.

Soon the big day arrived and we were sitting in the long line of cars dropping off campers. Two enthusiastic teens opened the car door, gave me his cabin assignment, and whisked him through a welcoming committee of cheering camp counselors.

By the time I parked and met him in his cabin, Stephen was sitting in the common area with other campers and counselors. They were all laughing and getting to know one another. I introduced myself to a polite young man who would stay by his side the entire five days. He would make sure that Stephen was safe, that his needs were met, and that he had the time of his life. Stephen dismissed me with a cheerful, “Bye, Mom!” I knew then everything would be okay.

Stephen’s smile when I returned five days later was proof that he truly had been ready for camp! His huge duffel of dirty, smelly laundry was proof he had changed his socks every day. And while he survived the week without his DVDs, he was happy to get home to show me his new favorite DVD—the one presented to each camper at the closing ceremony. The DVD had videos of the week’s many fun activities and pictures of his camp friends.

This past summer, Stephen attended summer camp for the 7th year in a row. I’m so grateful to my friend for encouraging me to send him that first time. Camp has helped him try new things, gain confidence, and become more independent.

There are a variety of excellent camps for every age and disability. Many of the camps also have sibling programs so that sibs can also join in the fun or serve as counselors. Most camps fill up early, so it’s important to register as early as November for the following summer.

Think you’re ready? For more about the different camp opportunities in Texas, click here. You can also search for camps that are near you using the Services, Groups, and Events search.